I was living in San Jose and had gone walking with a friend in a local park that followed the stream. It was December 15, 2006. Tom noticed that I had difficulty climbing up the five-foot stream embankment that the path went through. I myself didn’t recall this. Ten days later while visiting my wife’s children in Fairfax, the children and I went on a trail as we always did on Christmas morning. I found myself badly winded and returned to their home while they continued the hike. Then I noticed that I was not attracted to the Christmas feast. In early January, I had a scheduled annual physical. My primary care called me the following day and said, “Your blood tests are normal, but are unusual. I want a second test in two weeks”. This time I was anemic, and I visited a hematologist. She described 13 ways I could become anemic, the least likely being leukemia, and scheduled me for a bone marrow biopsy. The following week I flew cross country to an interview to be selected as a Trustee of a national nonprofit. I didn’t get elected – a nurse at the meeting told me later she noticed how sick I looked.

AML: On February 5th while showering, I felt a sharp pain in my arm and became dizzy. I quickly dressed and asked my wife to take me to the emergency room. It was there that I received three pints of blood and was admitted to the hospital. The scheduled biopsy was done the next day and I began treatment for AML. The biopsy revealed an inversion of chromosome 16. 35 days later a second biopsy showed no evidence of AML. I received 6 cycles of consolidation. I remain in remission and the hematologist now uses the word cure.

Follicular Lymphoma: In January four years later, I had a CT-scan, looking for kidney stones. They also found an enlarged lymph node, eventually diagnosed as Stage 2 follicular lymphoma. I had five cancerous nodes all below the diaphragm. I was treated with RSVP, taking Rituxan for 14 months. They too are gone and have not returned.

Treatments: I was 69 when AML treatment began. When I was diagnosed the protocol was to not treat patients once they reached the age of 70. I turned 70 during consolidation, so I was told I couldn’t continue treatment. A second opinion suggested that being otherwise healthy, I could be treated. My hematologist didn’t follow the original protocol. She continued chemo at lower doses but for more cycles. As you might have noticed, I survived. Treatment was optional for the lymphoma. Very often “Watch and Wait” is the approach recommended. My hematologist included me in most decisions and suggested treatment since I appeared to tolerate chemo well. Maybe I couldn’t be treated later because of age. There were no clinical trials available to me and also not needed in my case. I’m not averse to participating in clinical trials. Earlier I had participation in the Proscar prostate cancer trial as well as the shingles trial.

For AML: I was in isolation while hospitalized. I was not sick though I was weak because of the actions of the chemo. The charge nurse found out I was tech savvy and asked me to update their chemo manual. Every day I went to the patient computer room, looked up chemo web sites, and printed the data sheets for her manual. I didn’t allow myself to feel sorry for myself – I was grateful that there was a plan for my recovery. I awoke each morning thinking “Yippee I’m still alive!” I listened to my medical helpers.

For lymphoma: I didn’t have symptoms. I also had no negative reactions to the chemo or Rituxan. I found myself becoming annoyed that once a month I had to set aside a day for chemo. I realized that my attitude had to change. I actively told myself that I was grateful that my life is continuing.

LLS: I learned about LLS during AML treatment from the hospital social worker. Their pamphlets were a good way for me to learn enough to ask more intelligent questions. Their financial help was an unexpected gift. Their annual Cancer Seminar allowed me to ask questions to and obtain insights from the researchers who knew everything about the advantages and disadvantages of specific treatments. Their First Connection Program was helpful. I was able to talk to people who survived. Now I’m able to share with new patients the possibility of long-term recovery. 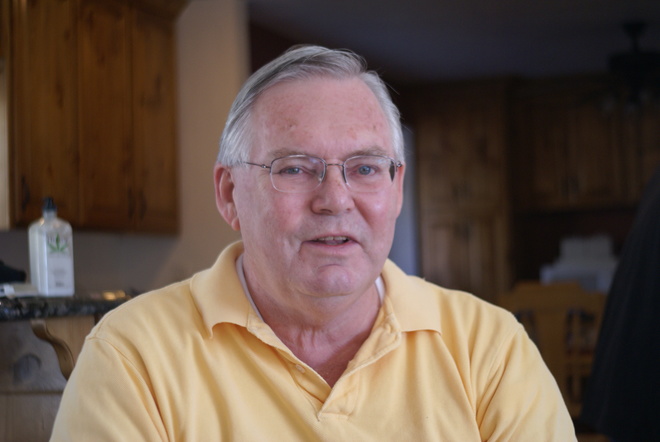