In March 2019 I began feeling off but I didn't know what it was. I thought perhaps it was a loss of relationship that broke me to my core or that fact that an old friend had asked me to be 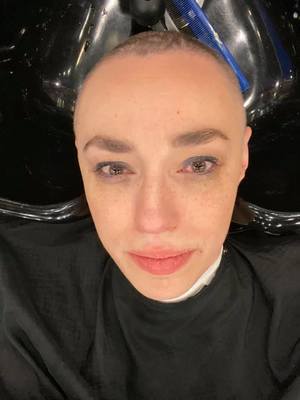 kidney donor for someone I had never known. I agreed to be tested to see if I was a possible match and I was. In October, it was discovered that a possible blood clot had formed from all of this. I was having continual pain in my right shoulder blade. After a series of trigger point infections, a last ditch effort was made to see if a blood clot had actually formed. In reality, that feeling I had all those months was the unimaginable.

After a kidney donation, the news of "you have a giant mass in your chest and it doesn't look good" stopped my world. October 29th, 2019 my world with cancer began. Days later it was confirmed as Stage III large B-cell mediastinal non-Hodgkin lymphoma. All I heard was the word cancer and immediately I thought death. But that was not an option. I had to survive and I was determined to do it with a bit of grace. After weeks of appointments with different cancer centers and looking at all treatment options, I finally met with a doctor that I felt would help me exactly how I needed. I picked a R-EPOCH inpatient regimen and started two days later.

In a moment’s notice I could no longer work, go out to dinner, or do every day normal things. I couldn't have fresh flowers or use the simple lotions I loved. My job was cancer and I was the only employee. For the next 5 months I would fight this war. I thought I had educated myself on all possible side effects and felt "prepared for chemo." However, I experienced several conditions I wasn't prepared for including a port infection and liver problems. I had a PICC line placed and my possible BMT donor (in case I needed it) backed out. I developed allergies to agents that are common in the hospital like chlorhexidine soap, wipes and disks for my PICC line, and the skin on my left arm began peeling off from the chemo. I couldn't have a traditional dressing over my PICC line and nurses had to pioneer a special dressing to keep it safe.

By the time I was 3 cycles down, I wondered if I would be able to do this. It was harder than I thought but I kept going. Something deep down in my bones was telling me this would 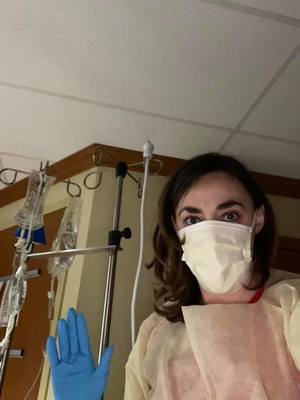 be bigger than me. On March 10th, 2020, I entered the hospital for the sixth and final treatment of this round. It was the first week of the Stay at Home Order for Colorado (and shortly thereafter, all of the states). As I ended my treatment and had my long-awaited moment to ring the bell, it happened with a small group of nurses as our floor was officially shut down to avoid COVID-19 Infections. This was not how I imagined ending treatment. All I was working for was a "normal life" again. So just as I was about to start life again, the world stopped for everyone.

Up until this point I had kept my story pretty private. However, I chose to begin to share my story. Why? Six months ago my world was pulled out from under me and I felt scared, lost and couldn't see the light. I felt much like the world feels now in the midst of a pandemic. I wanted to show people that when you are in the fire it is ok not to see the light, it's ok for the world to feel heavy, and it's ok to wonder "how am I going to do this?" I felt I was in a place now to hold some of that heaviness or negative space for others. I had come out of the fire a little burned, but I was coming back with water! I always said I wanted to find gratitude in my cancer. People would scoff at me like I was crazy. But what if this crazy, horrible diagnosis was the fire I needed to go through so I could help others. Help others during a time when everyone is affected in some way or another? So now I share my story. One that aspires to bring grace, love, humility and hope. 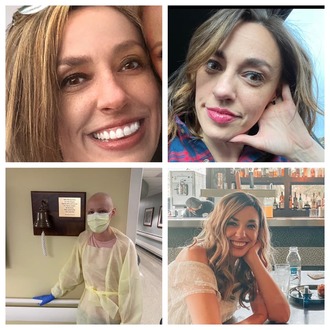