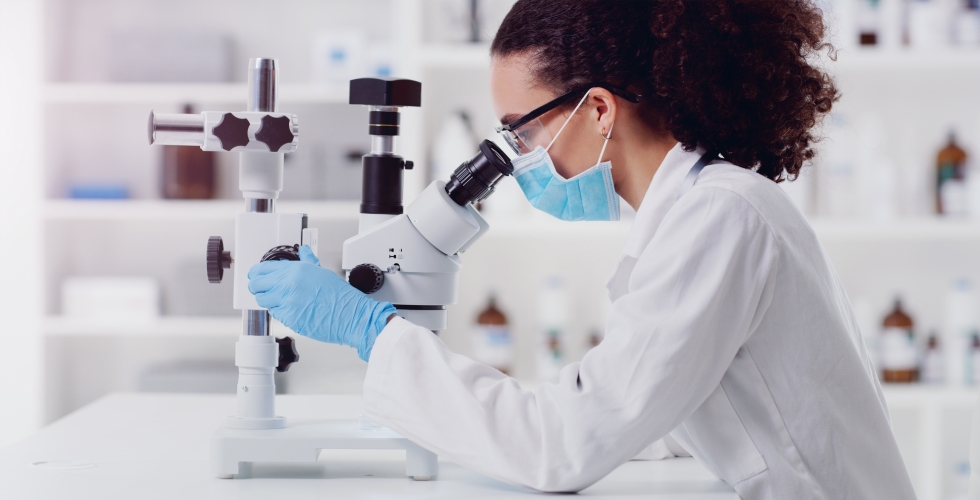 The first big oncology meeting of the year, American Association for Cancer Research (AACR) kicked off with week one of the meeting held from April 10-15, 2021. Key topics from the virtual meeting include concerns for blood cancer patients such as building COVID-19 vaccine confidence and addressing cancer health disparities, as well as research into ways to improve CAR T-cell immunotherapy.

Read on for a closer look at the top news from AACR:

I was invited to speak on a panel called “Best Practices to Combat Misinformation and Vaccine Hesitancy in COVID-19 Vaccines,” with esteemed speakers including Francis Collins, director of the National Institutes of Health (NIH), and co-moderators Dr. Gil Omenn, chair of the AACR Health Policy Subcommittee and Dr. Antoni Ribas, president of AACR.

Experts have predicted that we are about to reach the point where vaccine supply will start exceeding demand, and in fact that’s already happening in some places. Building vaccine confidence and uptake among the blood cancer patient community is of particular importance to The Leukemia & Lymphoma Society (LLS). Blood cancer patients are much more likely than the general population to die from COVID-19.

During the panel, I discussed recently published survey results from LLS, Boston University Questrom School of Business and The Behaviouralist which found that one in five blood cancer patients and survivors say they are unlikely or very unlikely to get vaccinated against COVID-19. The most common reasons cited for this hesitancy were concerns about side effects and a belief that the vaccines have not been tested properly.

Dr. Collins reinforced that decades of research enabled the rapid development of these lifesaving vaccines. While there is no reason to believe COVID-19 vaccines are any less safe in patients with blood cancers, LLS created a patient registry to increase the understanding of how COVID-19 vaccines affect blood cancer patients. We gathered results from over 1,000 patients who participated in the registry and found that vaccine side effects for blood cancer patients were mild and comparable to that of the general population. Read more about the results here.

Liz Hamel from the Kaiser Family Foundation (KFF) highlighted the KFF’s ongoing public opinion surveys showing that the “moveable middle,” people who are neither very likely nor very unlikely to get the COVID-19 vaccines, has decreased over time from 49% to 17%. This is a trend LLS hopes to see in blood cancer patients when we repeat our survey findings.

If you are a blood cancer patient or survivor who is hesitant about the vaccine, please speak with your healthcare professional about getting vaccinated.

A recording of the forum is available here.

The future of CAR T

LLS is proud of its long and significant role in funding the discovery and advancement of CAR T cell-therapy, which has been highly successful in treating very ill patients with blood cancers, who otherwise facing very poor prognoses. Five CAR T therapies are currently approved in the United States and the first CAR-T therapy for multiple myeloma was recently approved.

Despite the efficacy of CAR T-cell therapy in some patients, the treatment has some limitations, including disease relapse.

The analysis included five patients with B-cell malignancies that were positive for both CD19 and CD20 tumor antigen expression. Naïve memory T cells were extracted from each patient, engineered to express an anti-CD19/CD20 CAR, expanded, and infused back into the patient.

After a median follow-up of 13 months, four of the five patients had complete remission. Median progression-free survival and overall survival were not reached at the time of follow-up, and all responding patients continued to have CAR T-cell persistence at the time of data cutoff. These preliminary results show promise for blood cancer patients who have limited treatment options.

The patients enrolled in the study had disease progression, despite treatment with at least four, and as many as 14 different drugs before entering the trial. After receiving NK cell treatment primed with the experimental antibody drug, AFM13, all four patients achieved at least a partial remission and two went into complete remission.

While it is unclear how long these responses will last, these initial results are encouraging and indicate AFM13 may have the potential to help NK cells target and destroy cancer cells. While this trial is too small to draw safety conclusions, there were no observed events of cytokine release syndrome, neurotoxicity syndrome or graft-versus-host disease among the four treated patients.

LLS recognized the potential of AFM13 early and partnered with Affimed back in 2013 through our Therapy Acceleration Program (TAP). TAP provided $4.4 million co-funding supporting two AFM13 clinical trials to treat Hodgkin lymphoma patients. LLS is continuing to fund the development of NK cells. Dr. Rezvani is currently funded by LLS through a Translational Research Program grant to develop a similar, NK-cell based immunotherapy for multiple myeloma.

PI3K are a group of kinase proteins that act like switches inside cells. In some cancers PI3K is permanently switched “on,” which means that the cancer cells grow uncontrollably. Researchers are developing treatments that block, or inhibit PI3K, to stop the cancer cells from growing.

Since 1999, LLS research grants have contributed to the understanding of the PI3K pathway, which is implicated in almost all human cancers. There are three PK13 inhibitors currently FDA approved to treat certain types of blood cancer.

Among more than 450 patients who received rituximab plus copanlisib, the median progression-free survival was 21.5 months, compared to 13.8 months for those that who received rituximab plus a placebo. The overall response rate was 81% in patients who received the copanlisib combination, with 34% of them having a complete response. In comparison, overall and complete response rates for rituximab plus placebo were 48% and 15%, respectively, Side effects were lower in this trial compared with the previously tested oral PI3K inhibitors, which investigators believe is due to the intermittent intravenous dosing schedule for copanlisib.

Several sessions at AACR focused on cancer health disparities and tools being developed to help underserved populations access the benefits of precision health prevention and treatment. This is a major focus area for LLS, which is working on multiple fronts towards health equity for all.

To get the full benefit of cancer research, we need to increase participation among individuals who represent the diversity of the U.S. population. To overcome these urgent challenges, LLS created the IMPACT (Influential Medicine Providing Access to Clinical Trials) research grants, which will award funding to major cancer research and treatment centers to establish a “hub and spoke” infrastructure to expand access to clinical trials in their region. LLS has selected three projects for the first round of funding and will announce further details in the coming weeks.

Among the many interesting presentations at AACR, Dr. Tiffany A. Wallace (National Cancer Institute) provided an overview of the complex and interrelated factors that contribute to cancer health disparities in the U.S. These factors may include inequalities in transportation, housing, education, income, employment and access to quality healthcare. She also discussed the poor representation of racial and ethnic minority populations in clinical trials, a topic of critical importance to LLS.

Clinical trials are vital to improving cancer treatment, but only about 5-8% of cancer patients participate in them with even lower participation rates among underrepresented groups, including those without insurance or with low income; Black, Indigenous, and people of color; patients from rural areas; young adults and the elderly.

I look forward to attending and reporting on further advancements for blood cancer patients from the next major medical meeting, ASCO 2021 taking place from June 4-8.