Health insurance is supposed to protect patients when they need help the most. When it works for patients the way it’s supposed to, it keeps their costs affordable and ensures they can get the life-saving treatment they need.

But what do you call health “insurance” that’s not there when you need it most?

We call it “substandard” coverage, and LLS just took another major action to sound the alarm on this problem. Thirty patient organizations, led by LLS, just published the new report

The report serves as a national warning call about the proliferation of eight different types of health coverage that don’t include vital protections patients rely upon. These plans – which have become increasingly common in recent years – are also known as “non-compliant.” That’s because they don’t adhere to rules of the Affordable Care Act, such as protection for pre-existing conditions, elimination of annual and lifetime coverage limits, and coverage for the 10 essential health benefits.

LLS has been a leader – at both the federal and state level – in the campaign to protect patients from these predatory plans. We’re using our new report to engage with members of Congress, the Biden administration, journalists, and advocates across the patient community so we can finally stop these plans in their tracks. Our new report follows a study LLS published last year that warned of short-term, limited-duration insurance, a specific form of substandard overage. LLS has a national reputation for expertise on this topic, and journalists and lawmakers regularly cite our work on the dangers of substandard insurance.

Why are these plans a problem? Patients enrolled in these plans face enormous financial risk if they receive an unexpected or serious diagnosis – like blood cancer. In some cases, they may not be able to even get the care they need.

For example, these plans might not pay for coverage if they claim the patient was already sick when he signed up for the plan. They can even do that after a patient has gotten treatment. These plans also might choose not to cover life-saving treatment if they don’t want to spend much on a patient – even if the patient’s life depends on receiving that care.

The story of Sam Bloechl, an LLS advocate, is typical. When he started experiencing back pain several years ago, he spoke with an insurance broker about upgrading his insurance. Unbeknownst to him, the broker sold him a substandard plan. When Sam was later diagnosed with non-Hodgkin lymphoma at age 30, his insurer alleged it was a pre-existing condition, and it refused to pay for anything. As a result, Sam struggled to get the care he needed, and he was on his own to pay $800,000 in medical bills.

Nobody should have to experience what Sam went through. The new report urges state and federal lawmakers to work quickly to implement critical consumer protections.

Want to help? Send a message to your lawmakers about the need to protect patients from these plans, and share our assets through social media.

Read the full report at lls.org/undercovered. 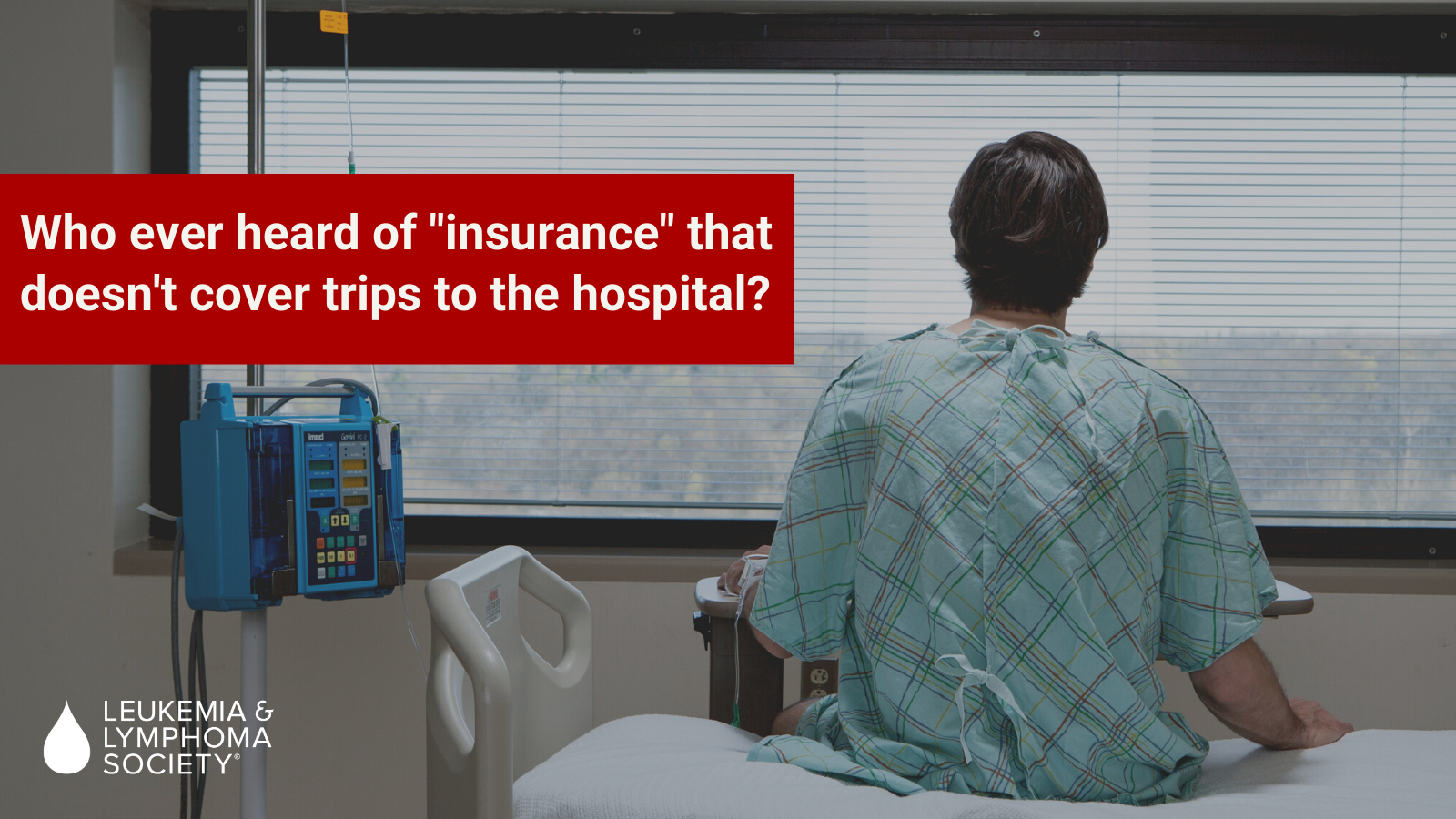