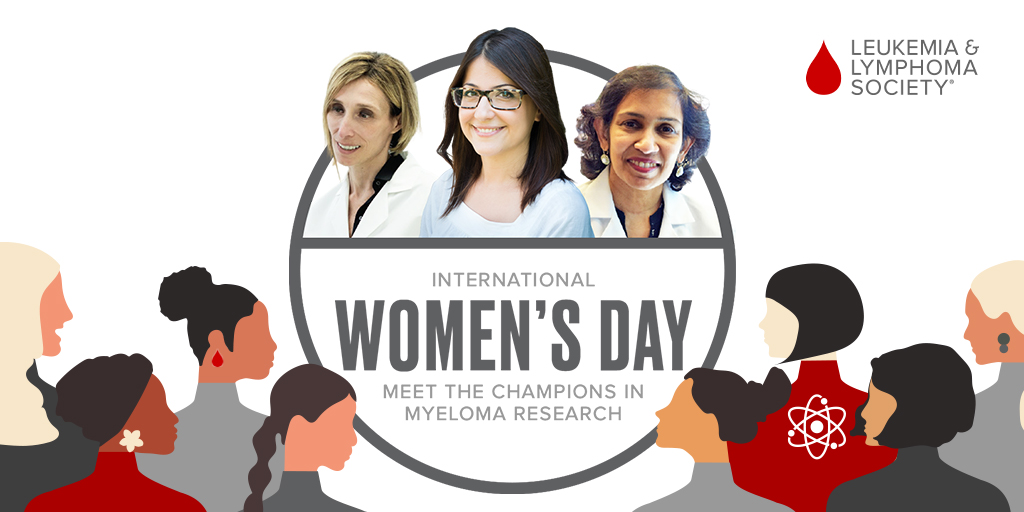 In honor of International Women’s Day on March 8, The Leukemia & Lymphoma Society (LLS) is celebrating women scientists, physicians, philanthropic leaders, social workers, nurses, staff, and supporters at the front lines of the fight against blood cancer. From bolstering the early careers of researchers to helping scientists accelerate their discoveries from the lab to clinical trials, LLS is dedicated to supporting and recognizing women in science and all those who are advancing our mission.

As March is also Myeloma Awareness Month, LLS is taking this opportunity to spotlight three trailblazing women researchers who are driving forward pivotal work in myeloma. LLS is a champion for myeloma cures and care. But we can’t do our lifesaving work alone. Each day, researchers across the globe are racing to pioneer new discoveries and treatments. Currently, LLS is supporting 32 research projects focused on myeloma or relevant to all stages of the disease, totaling more than $41 million in multi-year funding. Whether advancing next-generation immunotherapies, studying the underlying drivers of disease, or working to overcome treatment resistance, our researcher community is leading a no-holds-barred fight against myeloma.

This International Women’s Day, get inspired by three women leaders in science who are myeloma research champions. Together, their work is changing the future of myeloma treatment and care and improving outcomes for patients. 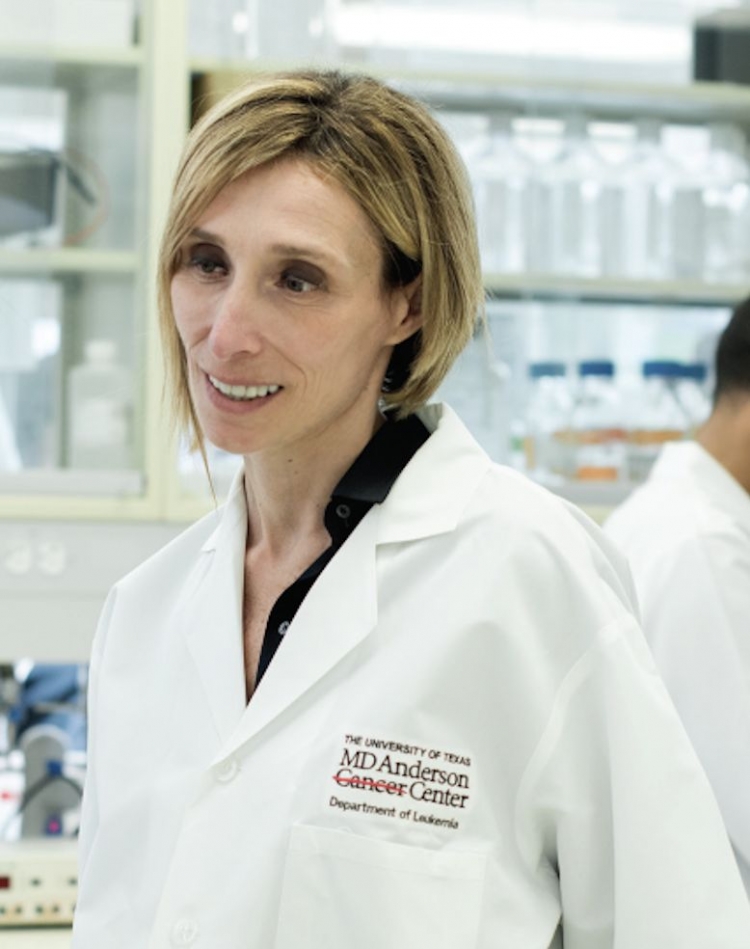 Simona Colla, PhD, The University of Texas MD Anderson Cancer Center, is an LLS Career Development Program Scholar. She is also a project leader on an LLS Specialized Center of Research (SCOR) grant, working with a distinguished team of scientists led by Robert Orlowski, MD, PhD, The University of Texas MD Anderson Cancer Center. Dr. Colla is focused on improving the outcomes of multiple myeloma patients with high-risk disease. While new therapies have doubled survival among standard-risk patients, about 20 percent of all newly diagnosed multiple myeloma patients are high-risk, and their prognosis remains poor, with an average survival of only two to three years.

With support from LLS, Dr. Colla is working to understand the molecular mechanisms responsible for one of the most high-risk myeloma subtypes associated with therapy resistance and a particularly poor prognosis. Dr. Colla has identified several genes within a particular chromosome called 1q21 that are potential molecular vulnerabilities – or the Achilles’ heel – of multiple myeloma. Her goal is to develop new treatment strategies that will precisely target these vulnerabilities to reduce myeloma cell growth. She is also exploring a new treatment approach using molecules called antisense oligonucleotides (ASOs), which can bind to a specific gene and change how the code is read. This approach represents an emerging and promising area of precision medicine aimed at stopping disease progression in its tracks. 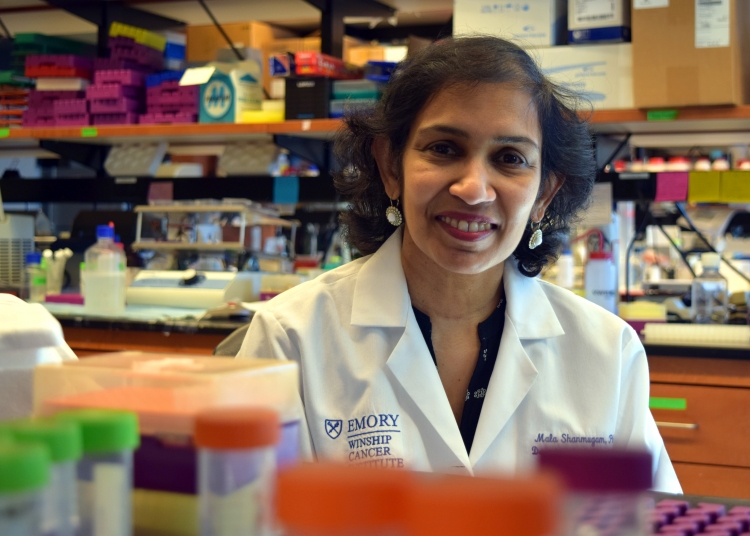 Malathy “Mala” Shanmugam, PhD, MS, Winship Cancer Institute of Emory University, is an LLS Translational Research Program Grantee. With funding from LLS, Dr. Shanmugam is researching an innovative targeted therapy called venetoclax, which is showing promise in multiple myeloma and has proven to be a game-changer for some patients with chronic lymphocytic leukemia and acute myeloid leukemia.

Dr. Shanmugam is studying how cancer cells rely on their metabolism to evade programmed cell death, a process called apoptosis. Cells use nutrients like glucose and amino acids to generate energy, grow and survive. Cancer cells can alter their metabolism to survive and prevent death under various harsh conditions, including upon exposure to therapy. Dr. Shanmugam aims to investigate this altered metabolism and identify new metabolic targets to enhance the effectiveness of existing drugs like venetoclax. These targets could be inhibited to overcome treatment resistance and stimulate apoptosis. Her group is also investigating ways to use cellular metabolism to predict therapy response, bringing precision medicine to more patients.

Passionate about collaboration, Dr. Shanmugam encourages anyone pursuing a career in science to put in the effort, discover an area that excites you, and find the right mentors. “I haven’t followed a traditional route. I encountered setbacks, but I never gave up my dream of having my own lab. That happened when I came to Emory in 2013 and joined the multiple myeloma team at Winship. They have been wonderfully supportive, and having support from your peers is invaluable,” she says. 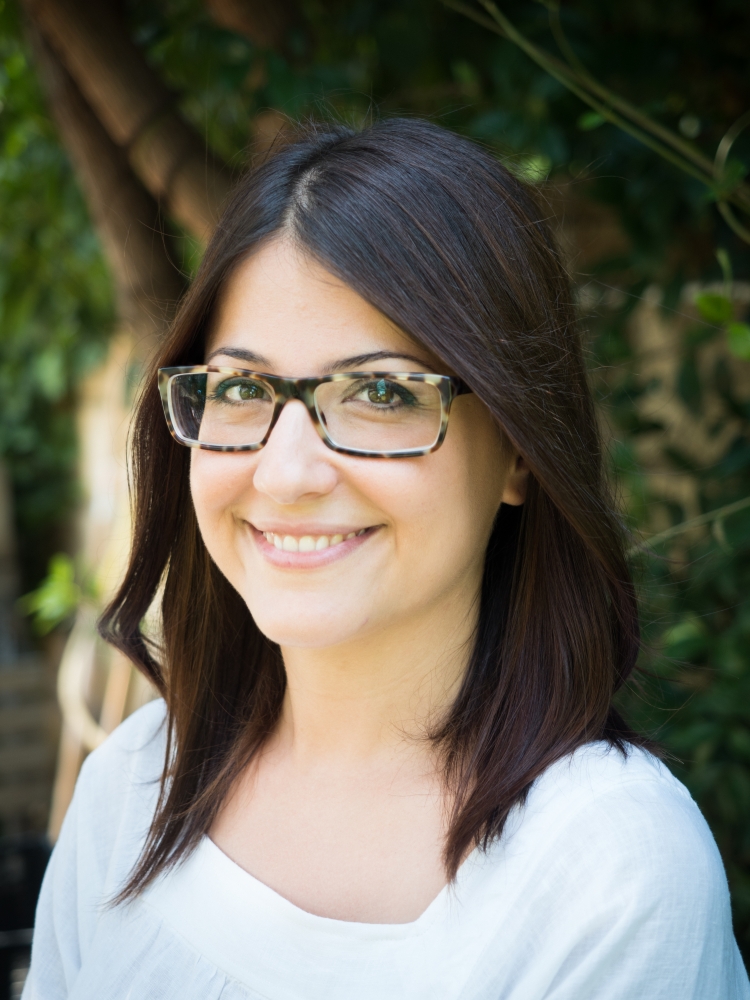 Annamaria Gulla, MD, Dana-Farber Cancer Institute, is an LLS Career Development Program Fellow. With support from LLS, Dr. Gulla is working to improve outcomes for multiple myeloma patients through the power of immunotherapy. Immunotherapy – harnessing the immune system to fight cancer – has become a mainstay in cancer treatment. One promising approach centers on the evidence that cancer cells dying from specific treatment can be recognized by the patient’s own immune system, triggering an immune response against the disease. Dr. Gulla aims to characterize the molecular mechanisms behind this process – called immunogenic cell death – in multiple myeloma.

More specifically, Dr. Gulla is studying the drug bortezomib, which kills tumor cells while also triggering an immune reaction against dying multiple myeloma cells. However, in some patients with high-risk disease, particularly those carrying a deletion in one of their chromosomes called 17p13 deletion, there is still early relapse. She hypothesizes that high-risk multiple myeloma cells with this deletion may lack genes needed to turn on immunogenic cell death, limiting the effectiveness of bortezomib among these patients. Dr. Gulla seeks to optimize the underlying mechanisms of immunogenic cell death to identify new treatment approaches that will stimulate patients’ own immune systems against their myeloma. "I am truly honored to receive the prestigious LLS Career Development Program award. This award will significantly advance our research toward a rapid translation in clinical trials for our myeloma patients,” she says.

This Myeloma Awareness Month, LLS is spotlighting how we champion myeloma cures and care for patients and families. Learn more about the wide array of free education and support we provide, our commitment to supporting myeloma research champions, and more.