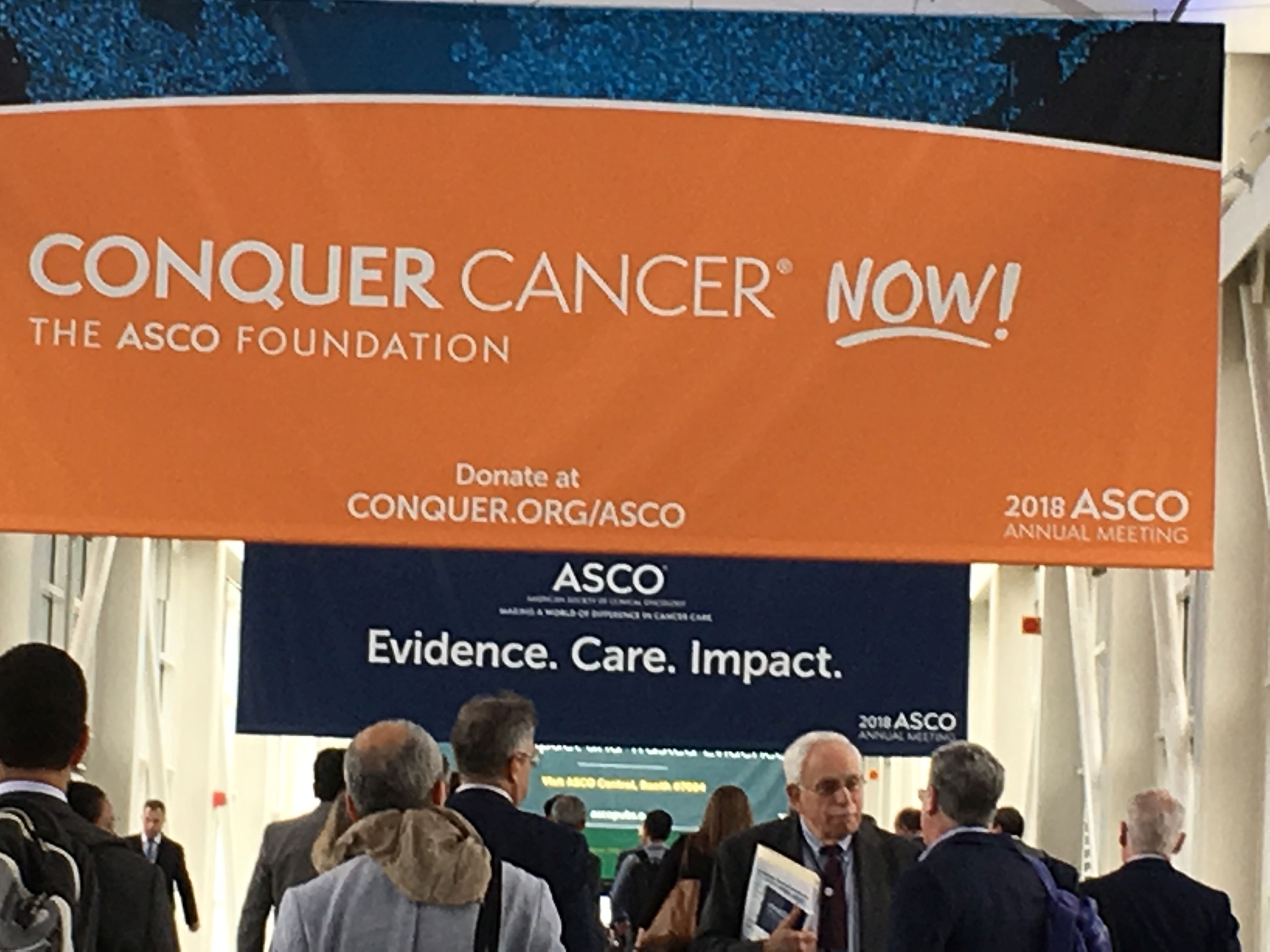 Using genomics – analyzing a cancer patient’s genetic profile to identify what is causing the malignancy and then using a drug that will work best for that patient’s subtype of cancer – has been evolving over at least two decades. The approach has accelerated in recent years as the technology has improved.

And with it there have been stunning successes along with some disappointments.

On Saturday at the American Society of Clinical Oncology meeting (#ASCO18) in Chicago, results from a number of clinical trials of therapies that target specific genetic mutations were presented with varying outcomes for patients. 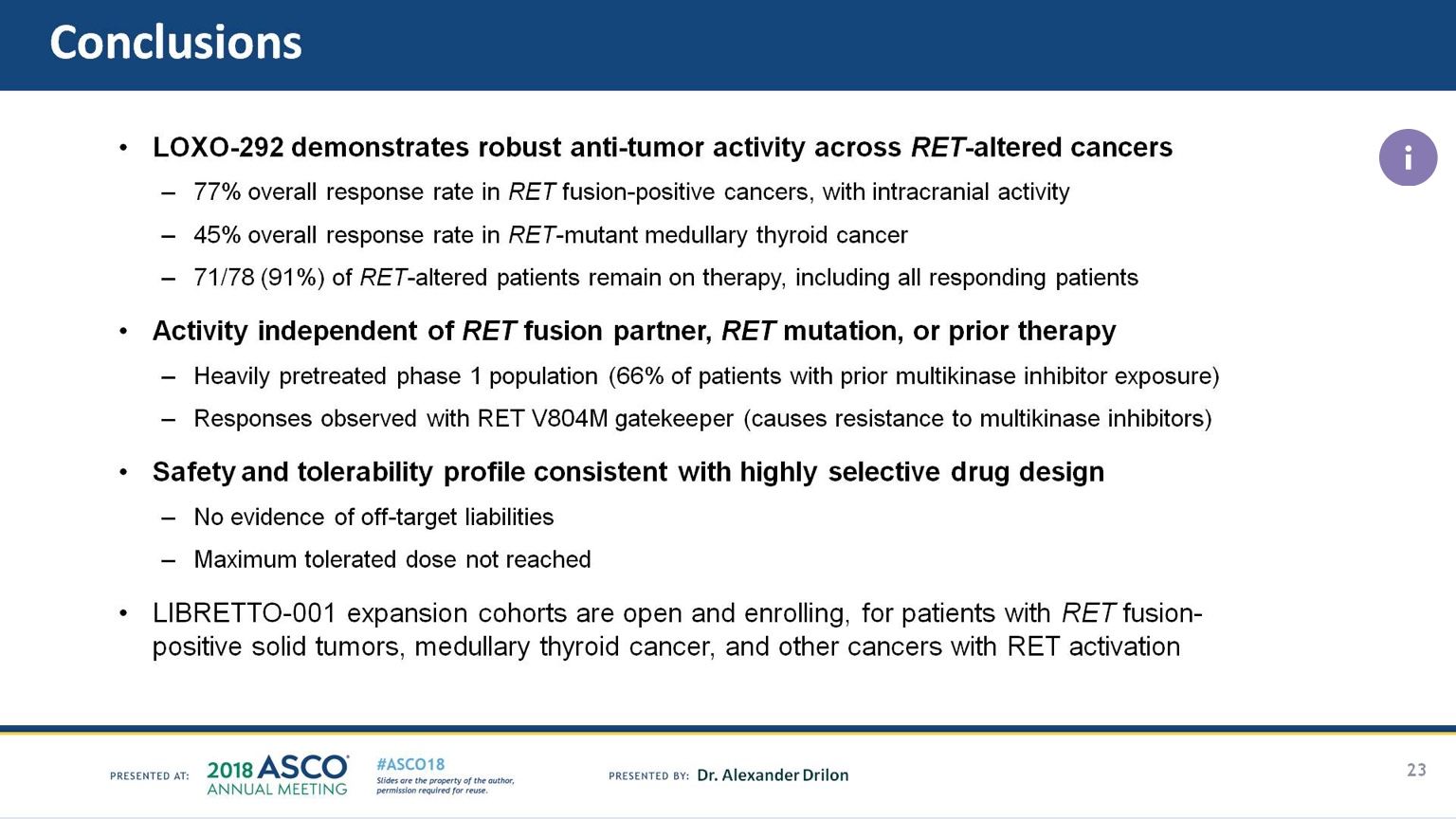 One of the winners was Loxo Oncology, whose therapy loxo-292 targets a mutation of a gene called RET that plays a role in cell development. The drug showed an overall response in an impressive 77 percent of patients with RET fusion mutations. The drug was tested in a trial with patients with cancers from different parts of the body (lung, thyroid, pancreas and about 15 others), but with the same mutation. The drug shrank the tumors in 45 percent of patients with medullary thyroid cancer with a different type of RET mutation.

Loxo Oncology is also testing another targeted therapy, larotectinib, which inhibits a different mutation, TRK, in multiple cancers, and showed good results for that drug at last year’s meeting. It is currently under review by the U.S. Food and Drug Administration with a decision deadline of November 28.

Another trial discussed Saturday was the NCI-Match trial, a so-called basket trial, which is testing multiple therapies in multiple study arms, each based on the genetic mutation rather than the location of the cancer in the body. Data from just one of the many study arms was presented Saturday; unfortunately the results were disappointing.

The therapy, taselisib, which targets a mutation called PIK3CA, was tested in patients with various solid tumors as well as lymphoma. The result? The objective overall response rate for the 65 patients was zero meaning none of the patients experienced any shrinkage of their tumor.

This therapy showed activity against PIK3 in preclinical tests, and has shown modest efficacy in a trial for breast cancer, but this NCI-Match study arm result challenges the notion that genetics alone can replace histology, the tissue-origin of the cancer, in treating cancer. Tailoring the drug to match the genetic mutation is clearly working for certain therapies, but this study shows that other factors still must also be considered. 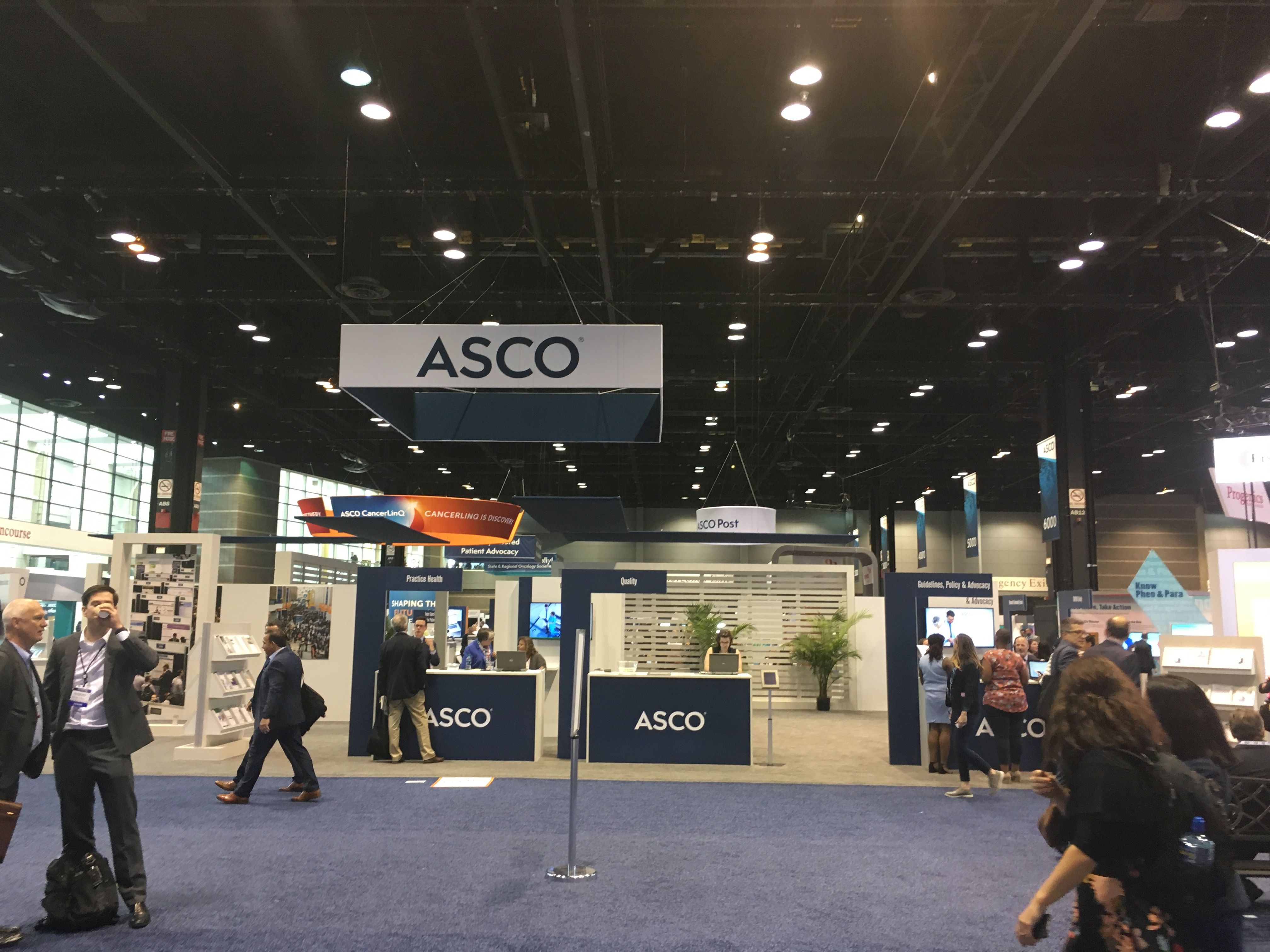 After 40 years of no change in standard of care for acute myeloid leukemia (AML), novel targeted therapies have been emerging at a rapid pace over the past year. Four therapies for AML, all supported with LLS investment at some point on their development pathway, achieved FDA approval in 2017. On Saturday more encouraging results for AML therapies were presented.

In one trial for an investigational therapy called ivosedinib, which targets a mutation called IDH1 found in about 20 percent of AML patients the median overall survival was 18.8 months. It is being tested in patients who have relapsed or are refractory to prior treatments.

Ivosedinib is also being tested in The Leukemia & Lymphoma Society’s Beat AML Master Clinical Trial, a major collaborative precision medicine trial testing multiple drugs at multiple institutions based on the patient’s genetic profile. In the Beat AML trial, ivosedinib is being tested as a first line treatment in patients who are newly diagnosed and have not received any other treatment yet. 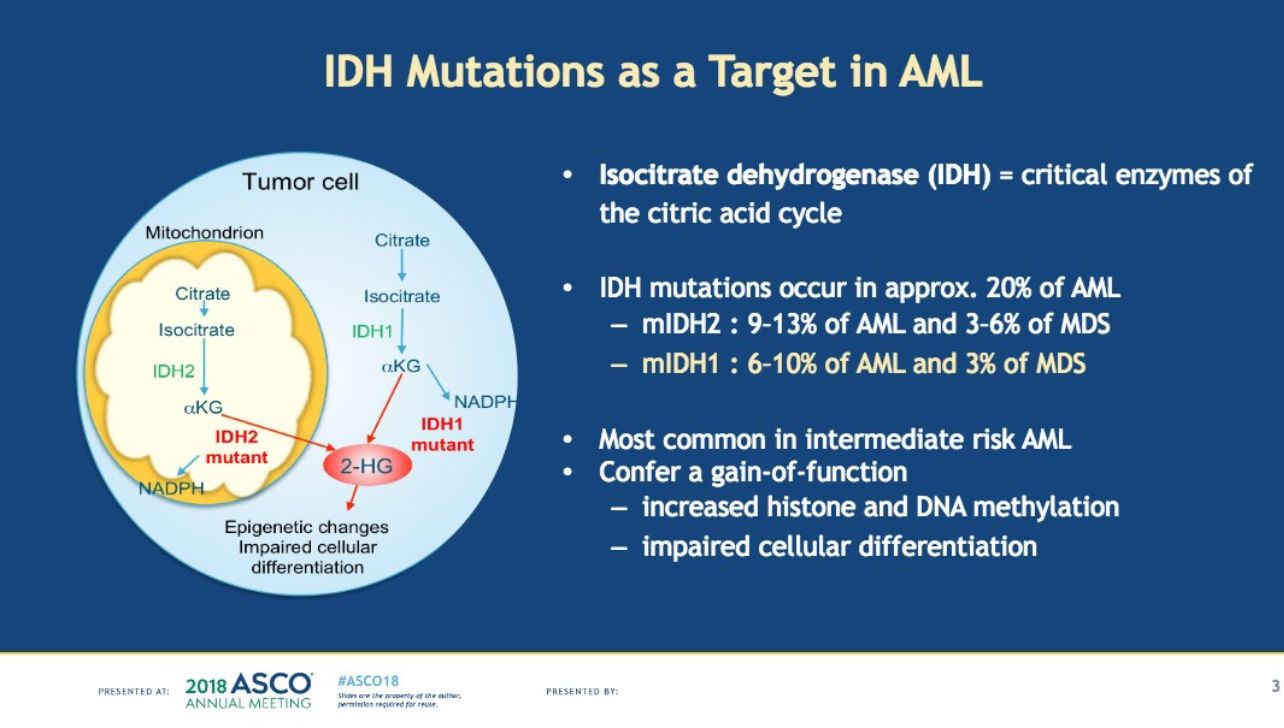 Keep checking this blog for more updates from #ASCO18.